A W Roadways has 15+ years’ experience and an excellent reputation for resurfacing in Leamington Spa. Services include road surfacing, car park surfacing and pothole repairs. We pride ourselves on delivering a quality result on time at a competitive price.

A W Roadways has over 15 years of experience and a solid reputation for surfacing in Leamington Spa including road surfacing, car park surfacing and pothole repairs. We pride ourselves on delivering a quality result on time and in budget.

Looking for a professional surfacing contractor in the Leamington Spa area?

A W Roadways's team of professional surfacing contractors in Leamington Spa provide a comprehensive range of road surfacing solutions in Leamington Spa. We specialise in roads and driveways, from small private drives through to major nationwide highways and motorways.

We provide resurfacing work to a wide range of Leamington Spa clients, including industrial, commercial and residential customers, working in both the public and private sectors.

Why call us to resurface roads in Leamington Spa?

A W Roadways can supply and lay quality tarmac and other resurfacing materials at competitive prices, anywhere in Leamington Spa. Tarmacadam, also known as tarmac or asphalt, is a great material for car parks, pavements and roads. It is hard wearing and versatile and requires only a minimal amount of maintenance.

As well as providing a quiet, smooth surface for Leamington Spa vehicles, road surfacing is also inmportant as a base for displaying line markings, so you can be sure that lines and instructions painted on the road  will be seen clearly by road users and pedestrians alike.

We work with all types of businesses and organisations from small private businesses to large multi national companies. Many public sector organisations require car park and road resurfacing carried out over numerous locations.

As well as new car park resurfacing we can also repair and maintain existing road surfacing in Leamington Spa using a variety of materials.

We pride ourselves on customer satisfaction. We project manage all Leamington Spa surfacing work from beginning to end. We ensure all necessary preparation, civil engineering and ground works are completed to a high standard before starting the surfacing work.

We aim for the minimum of mess and disruption and always take local Leamington Spa businesses, residents and car park users into account when undertaking our work.

Why choose A W Roadways for your local Leamington Spa road repairs & surfacing?

Our team of experienced surfacing contractors can come and assess the issue and apply a permanent surfacing repair solution. After work is complete, your Leamington Spa road surface will be as good as new.

We carry out a variety of Leamington Spa road surfacing works which include:

As well as new resurfacing we can also repair and maintain existing surfacing using a variety of materials.

AW Roadways is a well established construction company with over 10 years' of experience as asphalt and tarmac contractors.

We carry out asphalt and tarmac surfacing and line marking for a range of projects and clients including major companies and organisations, local authorities and government bodies. We operate throughout the UK & Scotland.

Former Minister Norman Baker gave a video speech to the HAUC (UK) Conference in Edinburgh in which he welcomed the range of non-regulatory solutions the street works sector is taking forward.

Not in Leamington Spa, but still looking for "Road surfacing near me"?

We also offer our surfacing services to other areas, including: 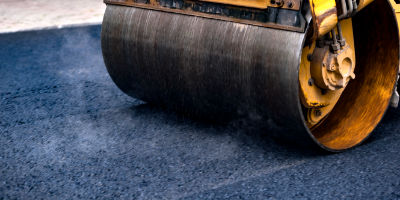 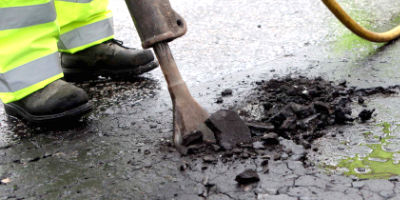